The other day I paid a visit to Chawton Cottage in Hampshire, the house where Jane Austen lived during her most productive period as a novelist.

I’ve always been fascinated by Jane Austen. When I was at school she wasn’t as well-known as she is now, so being an Austin freek was a bit pretentious, which back then suited me fine. (Cringe!) These days, her reputation has risen to celebrity status, largely thanks to the numerous TV dramas and films made of her novels by the BBC and others and, of course, Bridget Jones’s diary, which was loosely based on Pride and Prejudice.  Now everybody’s into Austen.

Going back to Jane Austen’s house, whilst it’s big for a cottage, for someone of Austen’s awesome reputation Chawton Cottage is quite a modest dwelling. The rooms are small, even by modern standards.

And there isn’t all that much to look at in the Museum either. But the one thing that really did make a big impression was Jane Austen’s writing table. For those who’ve never seen it before here’s a picture:- 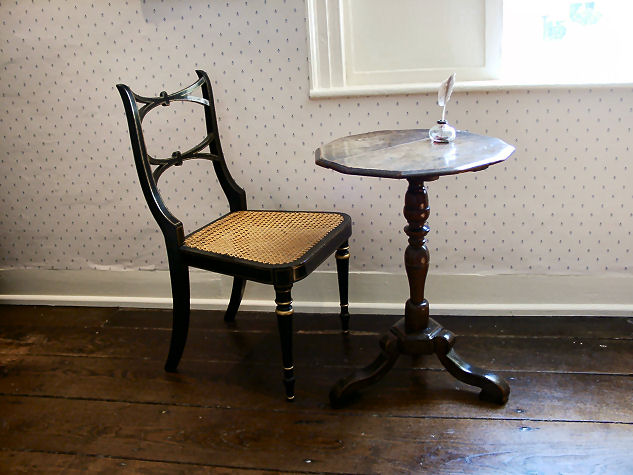 Yes, that’s right, it’s about the size of a coffee table. I was literally gobsmacked and it made me think of all the excuses I’ve come up in life for not doing things. In my time I think I’ve used most of them: “If only I had ….I could…” You fill in the blanks. Fortunately I learnt to change that and you can too.

One of the hallmarks of successful entrepreneurs is that they don’t wait until everything’s perfect, they work with what they’ve got. That’s the nature of entrepreneurship and innovation.  Like Jane Austen, their passionate about their idea and can’t wait to get started.

So perhaps it’s time to ask yourself, what initiatives you’ve been putting off because you haven’t got the right tools. If the author of Pride and Prejudice, Emma and Mansfield Park can produce classic works of literature on a coffee table, there just aren’t any excuses left for the rest of us…